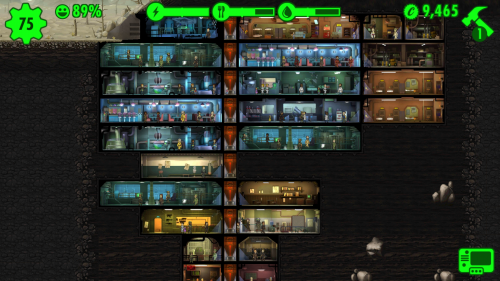 END_OF_DOCUMENT_TOKEN_TO_BE_REPLACED

“We hold these truths to be self-evident, that all game characters are created equal, that they are endowed by their developer with certain unalienable Rights, that among these are Life, Liberty, and the Pursuit of Happiness.”

I was thrilled and amused when the thought ocurred to me that the US Declaration of Independence would be such fruitful material to further my ponderings on equality in games. 😉 Apart from the equality debate itself, the three aforementioned rights are essential to games as well: You (usually) can’t continue if your character dies, you have to have a certain degree of liberty in your game decisions (games that fail in this aspect are often mocked as “interactive screensaver”), and must be able to persue happiness, i.e., enjoy the game. I paused my first playthrough of Dragon Age: Origins for a week because a certain end-game choice made me very unhappy. That was so….. unconstitutional!

But let’s return to equality. As has been discussed before in Call me Lady Gama, I feel at ease with the “girl gamer” label, and I think my playing style is feminine. (What I wanted to add to my last entry was that, as a non-girly example, I don’t mind blood’n’gore in a game, and have always enjoyed things like Fallout’s Bloody Mess Trait/Perk. It’s a caricature, taken to such extremes that it couldn’t ever appall me. So it’s not all black and white, y’know?) I love being able to play a female character, and I want her to “act it”, in an equal, emancipated and confident way (as I try to be, myself). And I do want her to be sexy, just in a more realistic and credible way than what I usually get treated to.

As Jenn Frank pointed out in When “You” is a girl on the great site Infinite Lives, games are usually developed from a male point of view, and then, the option to play as a female is grafted onto it. You can basically put boobs and make-up on your hero and voilà, that’s your heroine! (I only recently read that Dragon Age 2 will introduce a female skeleton version for all characters! About time, fellas!) Nothing in the plot, dialogs or quests changes, apart from the flirts and romances (apart, again, from the homosexual ones, which often have an “explanatory opener”, but then proceed like the heterosexual ones). There are still few “female-avatar-only” PC games (Venetica or the Lara Croft series instantly come to mind), compared to “male-avatar-only” or “you-can-choose-but-not-quite” (see the link below on the difference between “sex” and “gender”).

I don’t generally dislike games that have only one option for the avatar’s gender – but I want it to be meaningful. In other words, it should make sense that this plot, dialog etc. can only happen to a woman or man. Ideally though, I get to pick my avatar and the game reflects that choice in distinct reactions, just like many games do depending on your karma/class/origin/faction. (Think about it again, as I just did for a while: Usually, when a game distinguishes between male and female avatars, we’re talking romance. Not main quest and plot line!) Settings like in Dragon Age or Fallout would give plenty of opportunity for that – but especially Fallout gives you 100% the same game, whether you play a guy or gal. As Jenn Frank put it in aforementioned blog post: “You may choose the sex of your avatar, certainly, but you do not choose your gender, which itself is essentially written into the game dialogue and scenarios.” In Dragon Age’s defense, I just read the post “Gaming as a Woman and Dragon Age Origins” by “Petite Chablis” that the Origin stories differ from male to female – I have tried each Origin and a little ways into the main plot as male or female, but no Origin as both; need to check that out! (My first choice is usually a female elf mage, if applicable. On later playthroughs, I often play as male to check for new twists and turns – more than often enough, all I get to see is a difference in necklines of my equipped armor suit.)

Many male players pick the female avatar for their first playthrough – and many of them agree that it simply means they can watch a pretty rear for dozens of hours 😉 – and it doesn’t really matter gameplay-wise anyway. Makes me wonder about two things – does over-the-shoulder perspective, or would a more “gendered” gameplay influence the percentage of guys playing as gals?

Or more generally speaking: Is it possible to create a game that really and truly treats us as “different but equal”?